Here’s an extract from Walcot. This is part of a chapter about the death of the awful Lord Lyndhurst. I have been working on Walcot for three years and over. . . . a copy has just gone to my agent. 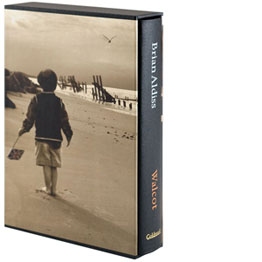 The Lyndhursts had a favourite Irish wolfhound, a great grey thing, thin and melancholy, of pronounced backbone. This visitant was allowed to prowl among the guests, tolerating a pat here and there, to which it responded with a cautionary display of teeth not unlike its master’s. Abby made a fuss of the monster, who yielded his grin up at her, its tongue lolling.

“Chancellor, you dear old ghost! You’re all a dog should be!” She introduced you to Chancellor. The hound was judicial at best.
The meal went cheerfully. The men who had waited for something revealed themselves to be good trenchermen, having little to say, unless it was about the state of the stock market. With the venison was served a Chateau Miaudoux, Cotes de Bergerac. You had paid for it, as you had for the Laurent-Perrier champagne. Lyndhurst ate little of each course. He called to the wolfhound. “Chance, here, old feller!” Chancellor appeared inclined to beg, but Lyndhurst told him it was demeaning to beg, and fed him a large portion of pheasant from his plate.
The old man ate little but drank heavily. Making an exception for a lord, the men present moved round the table by one place for the dessert, in order to sit with fresh partners.

“How does MacMillan suit you as P.M., Uncle Ben?” Abby asked.

His wife Augusta answered immediately, while Lyndhurst was drinking his wine, some of which trickled down the outside as well as the inside of his throat. Augusta showed her large false teeth as she spoke.

“Oh, Ben worked with Harold,” she clattered, “when Harold was Parliamentary Secretary to the Ministry of Supply. They got on well, both being reformers, don’t you know? You must remember that, Abigail.”

“Before my time,” Abby replied cheerfully, blinking her blue eyes at the thought.

“Nonsense, child!” Augusta added, “There’s some scandalous goings-on behind the scenes, but then, when wasn’t there?”

Lyndhurst set down his glass, continuing to clutch its stem. “I hate the light-hearted way Harold behaves. Not becoming in a Prime Minister. It sets a bad example to the country. I hate football.” The table fell silent, as if familiar with the catechism to come. “I hate the peasants who play football, I hate the idiots who attend the matches. I hate this new so-called music now being played. I hate English food. English seasides. The coarseness of English manners. The clothes English people wear. The way they agree with everything. The way they argue all the time. The cheekiness of the lower classes.”

The sting of this last remark was drawn by his wink at Violet as he spoke.

At this juncture, Chancellor, the Irish wolfhound, rose up and set its paws on the table, to stare up mournfully at its master’s face.

“And most of all, I hate you, Vega!”, Lyndhurst said, striking it on the head with a spoon.

As the dog sank down, Abby called out, “Oh, Uncle, that’s Chance You know it’s Chance. Vega has been dead for five years or more.”

“And the English – the way they talk talk talk.” He wiped his chin free of saliva, leaning forward to bang the table with his spoon for emphasis. “We used to sail the seven seas…

“The way they talk – they’re letting some of these bally oicks on the BBC now. I hate colour television. Their jokes. Their habit of swilling beer. ‘The pub’. Their women. Their ghastly little ill-mannered children. Their aunties!”

Here, he again shot a not ill-natured glance at your Aunt Violet.

Violet put an elbow on the table and leaned across to the old man. “The pale worn face of the English aunt is the backbone of English society!”

“Is it now?” He looked at her, smiling quite affectionately. “Well then, get your elbow off my dammed damask tablecloth!”

He continued with his disquisition.

“Above all, I hate – well, I hate their elbows. Their hotels, of course. Their nasty noisy motor cars. Morris, of course – that car manufacturer. George Orwell. Malcolm Campbell – why does he want to go so fast, I ask you? Their motion pictures. These modern so-called plays -Ashburn’s “The Entertainer” – sheer filth! The Americanisation of everything. Give me the good old days before the war, when Britain was a stable place, let’s admit it, fit to live in.

“I hate this National Health Service. I hate the French, with their superior ways. Can’t stand the Welch. Lloyd George and all that…”

As he ran out of breath, Abby said cheerfully,”I expect you hate being old too, uncle!”

He gave her a withering look, before saying in a low growling voice, “And I hate the young above all. It’s an unnatural state of being, a pre-imago…”

Everyone was looking anxious, when Lyndhurst burst out, “Good Lord, I must be drunk, talking like this. Get me some more of that Armanac, Reg!”

Reg, the butler presiding, poured half an inch of the golden liquid into His Lordship’s brandy glass. The guests talked among themselves.

Among the diners sat the Bishop of Lymington. His plump face was full of smiles as he flapped a hand towards Lyndhurst, to say in an unctuous way, “I really don’t think you believe a word of what you are saying, Ben. You’re far too kind-hearted.”

Lyndhurst looked at the bishop from under his eyebrows. “Do you believe a word of your sermons, Clement? All this business about our God being a God of Failure…”

“It was a metaphor,” the bishop responded, sounding rather disappointed. “Failure is an honourable estate, like Marriage,…”

“Utter balderdash!”, exclaimed His Lordship. “You might as well say indigestion was a – what did you call it? – an honourable estate…”

“So this is how the other half lives,” said Violet to you, sotto voce. When you assented, she added thoughtfully. “Or perhaps it’s just the state of being old, of decaying, when you hate everything that is alive and living…Poor old bugger.”

“You stood up to him well, auntie!”

Eventually, the guests moved to the blue sitting-room, where, as Violet said, a pianist played Chopin and others played bizique.

Lyndhurst showed signs of flagging. Augusta was winning a hand at cards and asked Abby to escort her husband upstairs to his bedchamber.

Abby linked her arm with the old man’s arm and led him to the foot of the stairs, where he stubbornly insisted that he was perfectly capable of climbing them alone.

“Of course, uncle. It’s your birthday. Do as you wish.”

He went slowly from stair to stair, gripping the banister rail, in part hauling himself up by it. Abby stood at the foot of the stairs to watch his progress.

“Got a photo of her somewhere,” he muttered, as he went. “Somewhere.”

When he reached the topmost step, he let go of the banister. He tottered. Abby called out. He reached for the rail again, missed it, and fell backwards. He fell the whole length of the stairs, over and over, to land huddled at Abby’s feet.

She screamed in horror. “Uncle! Uncle!”

You came running. You knelt and lifted his lordship’s torso. His old white head fell back, his mouth fell open. He gave a last sigh and was dead, neck broken in the fall.

Some of the dark-suited men gathered about his body, hands behind backs again, bowed slightly forward, in the manner of vultures awaiting a feast. The bishop came and crossed himself.

“Sands of time have run out for old Lyndhurst, what?”, said Claude Hillman, his tone of voice suggesting he hoped to lighten the gloom of the atmosphere.

Abby supported herself against the carved newel of the stair and wept. Augusta and other women came in a flurry of skirts as you wrapped your arms about the shaken girl.

“This marks the death of Old England, ma’am,” intoned Reg the Butler, who had been swept along with the tide of womanhood.

“Unfortunate,” intoned Augusta. “Unfortunate in the extreme…It’s not like Ben…” The bishop took her hand, but she pulled away from his clutch.

Chancellor the wolfhound threaded its way between the legs of the guests standing there, to sniff at its master’s body. It lifted its old grey head to send a long howl echoing through the hall.