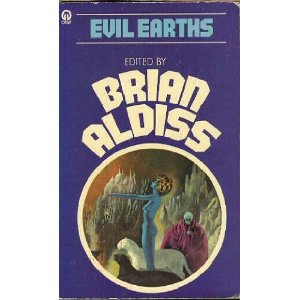 Publisher’s Blurb
Coming up with a brand new anthology, Brian Aldiss presents us with a mind-boggling array of robots, aliens, mutants, supermen and degenerates — all struggling for survival on SF’s Number One Planet, Earth. Earth was the first planet ever discovered by Homo-Sapiens. It still holds magic and excitement for us. We have still not finished exploring its geography, geology, life-forms, or the elaborate perceptual-conceptual systems on which mankind’s cultural history is based. Science fiction, which is slightly mad as well as enormously sane, has always shown, through the medium of its writers, an ambiguity about its first planet. The urge to wreck it has been very strong, and not always resisted. We may observe a tendency which goes back to H. G. Wells’ The Time Machine to depict Earth in the throes of one terrible senescence or another (if men don’t wreck it, it destroys itself).